Would you like to organize a grat excurion to Tavolara and Molara? Organize it with us, we are the experts for dinghy tours.

Book now a great boat excursion  to Tavolara and Molara with our expert skipper!
A complete program that includes:
– the island of Tavolara, imposing with its over 500m height overlooking the sea
– the island of Molara with its natural pools
– visit to the famous and beautiful doctor’s beach
– the curious wreck of the Chrisso ship
– the beautiful Cala Girgolu and its beach called flat stones

Why take an excursion to Tavolara and Molara 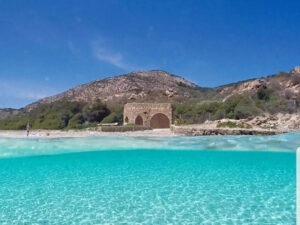 Tavolara is a majestic mass of limestone and granite that rises from the sea almost vertically. It is 560 meters high and four kilometers long. The island of Tavolara is characterized by its inaccessible rocks that make it an excellent destination for trekking and climbing and for the fantastic shades that nature makes local plants take on according to the season, which then combine with those of the crystalline sea that surrounds it

The island of Tavolara is then the prominent emerged part of the marine protected area of Tavolara-Punta Coda Cavallo.
This spectacular sea area into Sardinian coast and islands extends for 76 kilometers that overlook the Gallura coast in the municipalities of Olbia, Loiri Porto San Paolo and San Teodoro. It consists of 15,000 hectares of crystal clear waters, inlets and coves that extend from Capo Ceraso to Punta s’Isuledda.

Your trip to Tavolara and Molara moves to the latter island

Less known, however, molara has its own peculiar traits. For example, although the island is rocky and rather inaccessible, there are several perennial freshwater springs. And it is thanks to the abundance of water that it has been inhabited since ancient times. The Flora of Molara is also made up of a very rich Mediterranean scrub vegetation, with centuries-old olive trees and very dense mastic trees. 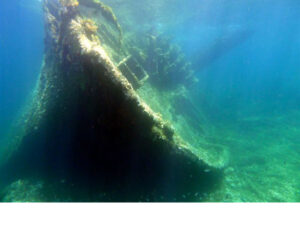 A further curiosity of our boat trip to Tavolara and Molara is the visit to the wreck of the Chrisso ship.

This merchant ran aground on the rocks of Punta La Greca on New Year’s Eve 1974. A storm from the north made her unanchor and despite no damage to her crew, her fate was sealed from the first moment.

Her wreck is now a den for many fish that can be easily seen in the crystalline seabed where it lies.

If we have intrigued you and you want to take a trip to Tavolara and Molara just contact our skipper.
We are sure you will not regret it!

This website uses cookies to improve your experience while you navigate through the website. Out of these, the cookies that are categorized as necessary are stored on your browser as they are essential for the working of basic functionalities of the website. We also use third-party cookies that help us analyze and understand how you use this website. These cookies will be stored in your browser only with your consent. You also have the option to opt-out of these cookies. But opting out of some of these cookies may affect your browsing experience.
Necessary Sempre abilitato

Any cookies that may not be particularly necessary for the website to function and is used specifically to collect user personal data via analytics, ads, other embedded contents are termed as non-necessary cookies. It is mandatory to procure user consent prior to running these cookies on your website.