Don’t miss this unforgettable experience and, accompanied by an experienced and prudent skipper, enjoy a tour with dolphin watching tour in Olbia and Golfo Aranci. 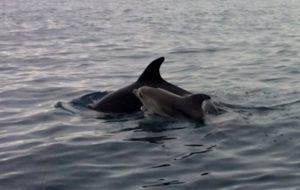 Try the thrill of a direct encounter with animals. In fact, the sea area of ​​the Gulf of Olbia is often preferred to female and baby bottlenose dolphins. This area could be considered a “nursery” for small dolphins, an area that needs special protection to ensure a future for these magnificent marine mammals “. Recently, a dolphin has been sighted leaping out of the water near Poltu Quadu, one of the most beautiful mirrors of water in the gulf and very close to our usual starting area. 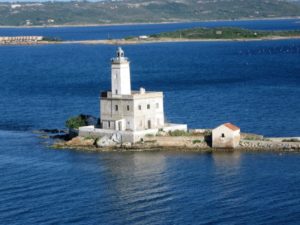 In the Mediterranean Sea since ancient times dolphins have been credited with an intelligence superior to that normally attributed to fish and other mammals, which has created an early and persistent idea of ​​their sociability and has them places at the center of cults, myths and representations. In fact it is now known that dolphins, like other cetaceans, have a complex communication system like a real language, based not only on the ability to produce significant ultrasounds within the group, but also on patterns of movement used as communication signs.

Our dolphin watching tour in Olbia and Golfo Aranci is a sustainable activity, a genuine example of ecotourism offer.

Take the opportunity to see live dolphins in their habitat! Book a Dolphin watching tour in Olbia and Golfo Aranci. Contact us now!

Discover our Half day boat tour Tavolara and Molara, a different way to discover oue…

Have you never been to Tavolara and Molara? Book your Mini cruise boat tour in…

This website uses cookies to improve your experience while you navigate through the website. Out of these, the cookies that are categorized as necessary are stored on your browser as they are essential for the working of basic functionalities of the website. We also use third-party cookies that help us analyze and understand how you use this website. These cookies will be stored in your browser only with your consent. You also have the option to opt-out of these cookies. But opting out of some of these cookies may affect your browsing experience.
Necessary Sempre abilitato

Any cookies that may not be particularly necessary for the website to function and is used specifically to collect user personal data via analytics, ads, other embedded contents are termed as non-necessary cookies. It is mandatory to procure user consent prior to running these cookies on your website.